Matteuccia struthiopteris ‘The King’, the jumbo ostrich fern, is a huge spreader ready to fill your vacant meadow! It is native to much of northern North America (the state vegetable of Vermont) and with its cold tolerance leads off the spring with magnificent fist sized green fiddleheads. The height approaches seven feet when the ostrich is well watered. (No head in the ground for this bird!) Fall turns the deciduous sterile fronds a glowing golden yellow while the separate fertile fronds fade from green to brown and remain erect throughout the winter. Underground runners run” out forming surrounding colonies making this very useful for a quick cover. And if you don’t like it you can always eat it as these are the fiddleheads of gourmet restaurants. This fern normally prefers northern climates. 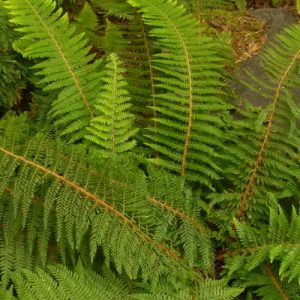 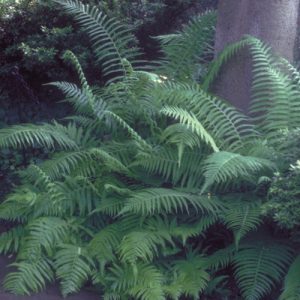 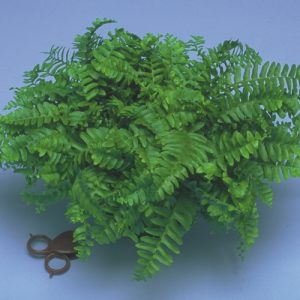 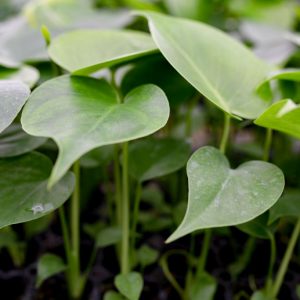